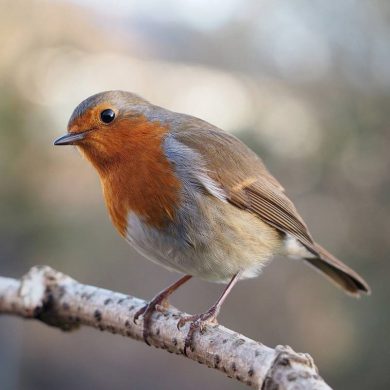 It’s that time of the year when your boring relatives send you a Christmas card with a round robin in it, informing you that little Jeremy has passed his Grade 3 violin exam. We have decided to send you a Square Robin because round ones are so pre-Brexit. What follows is our end of year report, plus a few hints of joys to come.

The last time we wrote to you, back in May, (sorry) we were planning to revive the spirit of Alan B’Stard in a TV spin-off of the New Statesman. It’s been harder than we anticipated to get this project into production for three reasons: it’s almost impossible to find an actor prepared to step into the the giant highly polished brogues previously worn by the late great Rik Mayall; it’s almost as difficult to find a TV channel willing to broadcast the sort of scurrilous filth that characterised the New Statesman; present day politics are so bizarre and extreme, it’s tough for mere satirists to come up with storylines more outrageous than real life. Nevertheless, we still have a cunning plan…More next year, we hope.

Ever since the transmission of the Goodnight Sweetheart one-off (which we never intended to be a one-off) back in September 2016, our in-box and twitter feed have been full of questions, pleas, and threats demanding to know why the show can’t be revived on a channel other than BBC. We’ve been wondering that ourselves, though we know that Retort, the production company concerned, continue to seek another channel to pick up the story of Gary Sparrow. However, it’s been our ambition ever since Goodnight Sweetheart began, to transform our show into a stage musical, and we can now announce that a theatre production of Goodnight Sweetheart – The Musical, will be premiered next autumn. This will be a small-scale production by an enterprising theatre company somewhere in London (can’t tell you more yet; careless talk costs lives, but we promise to give you more information in the spring). We hope that a major West End show will follow in 2019.

Dreamboats and Petticoats, our first stage musical, had a long and successful run in 2017. Three million people have seen this show since it first toured in 2009. If you’re not one of them we expect a note from your mother. Luckily for you, we are planning a movie version of this feelgood extravaganza, set in suburban Essex, so you may get the chance to dance in the aisles in a multiscreen near you, assuming it has aisles.

Meanwhile, to get you in the Christmas mood, may we offer you this year’s special edition of Birds of a Feather, which will be on ITV on Monday, December 18, at 9pm. We have also heard a rumour it might be repeated late on Boxing Night; it will be in our houses; we’ll have it playing on a continuous loop. This year’s hour-long special, entitled “The House For The Rising Sons” maintains the tradition of setting Christmas shows somewhere unusual and exotic. This year we’re in Chigwell. We hope you have as much fun watching it as we had making it.

Incredibly, next year will see the 30th anniversary of the birth of the Birds. It was in 1988 when Maurice took his family for Christmas dinner at a West End hotel, and spied two fellow diners who looked to him as if they might be “Gangsters’ Molls”. A few days later these two innocent – if overdressed – housewives inspired a conversation between us which ended with Laurence saying, “Sounds like a show for Linda and Pauline.” The route from idea to script to transmission was funny, intriguing, suspenseful and ultimately joyous, so we’re taking these ingredients to cook up a new theatre entertainment for next year’s Edinburgh Festival. The working title is Early Birds. Everything is in place, we just haven’t written it yet because we’re busy writing this.