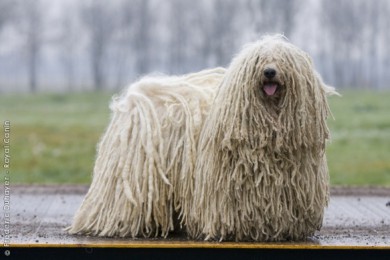 So another busy year has come to an end. We’ve made a series of Birds of a Feather, done Desert Island Discs, and been declared Living Legends by the British Comedy Society. On the personal front, Sophie has passed her Grade 6 flute, Marley (see photograph above) has excelled at dog obedience classes, and David Cameron still hasn’t returned our lawnmower. So much for Tory promises.

Upcoming events include a special “Dreamboats and Petticoats Christmas Party” at the Broadway Theatre, Peterborough, running from December 22 -27 – although the producers have reluctantly given the cast Christmas Day off. Pop in if you’re passing. If you haven’t been to Peterborough you haven’t lived.

The new series of Birds of a Feather starts on ITV, we think in January. They haven’t told us the exact date, we’re only the writers, but it’s being promoted during ITV’s ad breaks, which we think is a clue.

Finally, we’re proud to announce that Save The Last Dance For Me, our musical based on the songs of Doc Pomus and Mort Shuman (His Latest Flame, Sweets For My Sweet, Can’t Get Used To Losing You, and of course Save The Laat Dance For Me), will start its new tour in the spring of 2016.

And come mid-January we embark upon many exciting projects, including a new stage play, a drama series, and perhaps two new television comedies. But we shall keep you all informed and up-to-date with our writing progress.